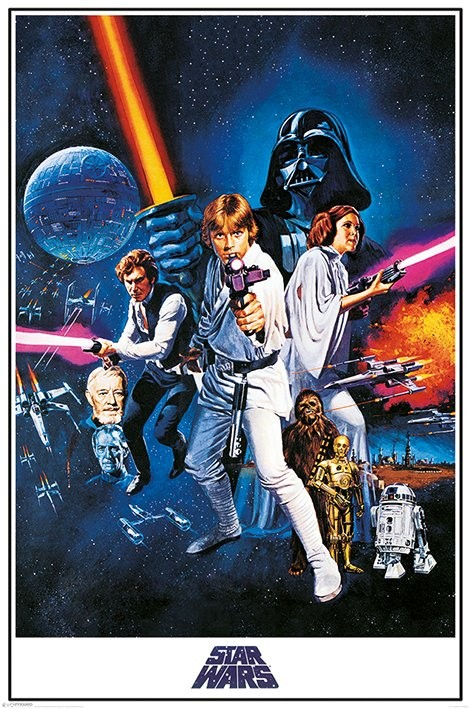 Albeit it was only available in a limited cinemas in America, it quickly become a blockbuster hit. Hence, the movie was being expanded to a much wider release. It grossed a total of $775 million, surpassing "Jaws" (1975) to become the highest-grossing film at the time until 1982 when "E.T. the Extra-Terrestrial" released.

The film&;apos;s success led to two another successful sequels: "Star Wars: The Empire Strikes Back" (1980) and "Star Wars: Return of the Jedi" (1983). The original "Star Wars" then retitled as "Star Wars: A New Hope". These three then became the "Original Trilogy".

The Star Wars has had a significant impact on popular culture. Phrases taken from the movies like "May the Force be with you" have become part of the popular gesture in casual communications in the society, especially among its fans.

Sixteen years later, George Lucas "revive" the Star Wars franchise with its fourth-released movies called "Star Wars - Episode 1: The Phantom Menace" on May 19th, 1999. This movie become the first of the new "Prequel Trilogy", which followed by "Episode II: Attack of the Clones" on May 16th, 2002, and then "Episode III: Revenge of the Sith" on May 19th, 2005.

The Original Trilogy then become the Episode IV, V and VI to refer a "correct" chronological-timeline in the story.

The new trilogy was not only delivering a fresh update or rejuvenation of Star Wars saga for its existing fans, but also building a new fanbase from younger generations. The youths that experience The Original Trilogy was already an adult when the Prequel comes. Hence, this strategy also revive the "Star Wars" as a brand for another generations.

Outside the cinemas, since Star Wars has a big influence in pop culture, the merchandising and toys industry has also been impacted. Beyond that, the franchise has been expanded into various films and other media, including television series, video games, novels, comic books and theme park attractions.

In 2012, Disney bought Lucasfilm and take over the ownership of Star Wars. In 2015, Disney revived Star Wars for another round with the "Sequel Trilogy" that consist of Episode VII: The Force Awakens (December 16, 2015), Episode VIII: The Last Jedi (December 13, 2017), and Episode IX: The Rise of Skywalker (December 18, 2019). The sequel trilogy starts 30 years after Episode VI and focuses on the journey of the Force-sensitive orphan Rey, guided by Luke Skywalker.

The Force Awakens and The Last Jedi were both critical and box office successes. While, Episode IX received a mixed reception from critics and audiences.

In 2020, its total value was estimated at US$70 billion, and it is currently the fifth-highest-grossing media franchise of all time.

615 views. This post is copyrighted — materials from other creator are explicitly mentioned. You may use any information for non-commercial purpose with credits and backlinks. For commercial purpose, please let me know first.