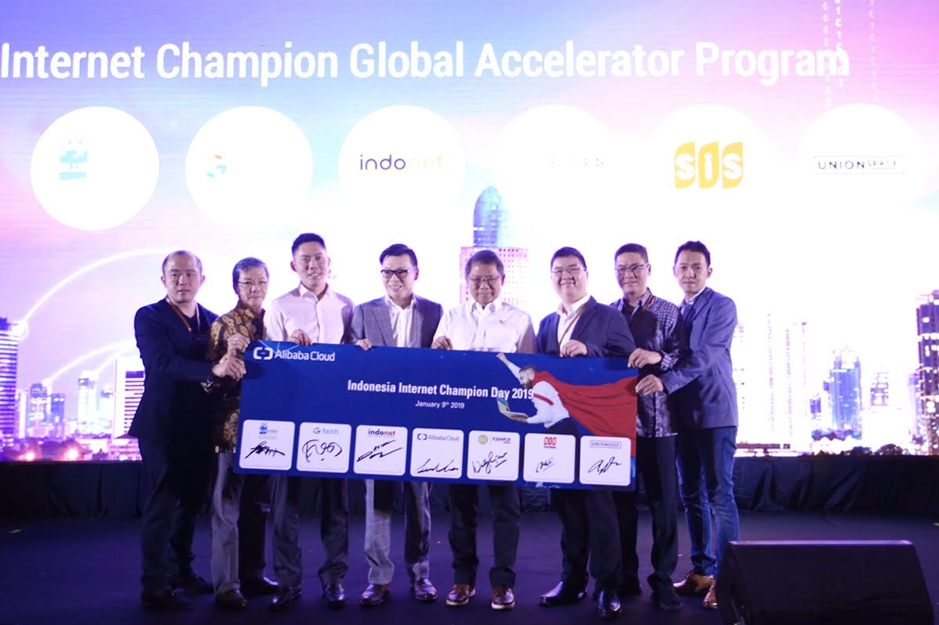 Cloud technology has been developed into an ultimate enterprise solution for organizations, from SMEs, start-ups to multi-nationals and global operated companies. Various cloud services are not only supporting the operations of these organizations, but also leveraging their competitiveness in the market and enabling them to innovate and transform themselves into digital companies through its scalability, agility and cost efficiency.

Cloud is a disruption in IT industry and will continue to be a trend in enterprises. More and more organization embrace the cloud concept and transform themselves into digital-enabled companies. Public Cloud, Private Cloud and Hybrid Cloud approaches as well as services such as Software-as-a-Service (SaaS), Infrastructure-as-a-Service (IaaS), and Platform-as-a-Service (PaaS) are being embraced for cost efficiency, scalability and consolidation as well as business agility.

Gartner stated that enterprise spending on cloud-based offerings will eclipse spending on non-cloud IT offering by 2022. There are reasons why enterprises are moving to the cloud, including its agility, cost savings, elasticity, faster to innovate and easy to deploy.

Cloud players such as AWS, Microsoft Azure, Google Cloud and IBM have led the industry for decades to provide cloud solutions and services. Gartner reported these western giants’ dominance in global market is nearly 77 percent, raised from under 73 percent in 2017. While on the eastern side, Alibaba Cloud is the fastest one! The Chinese provider grew revenue by 92.6 percent between 2017 and 2015 and has a 7.7 percent global market share in 2018. Let’s dig out more about this eastern giant!

Established in 2009, Alibaba Cloud -- the data intelligence backbone of Alibaba Group – Alibaba Cloud is ranked first in Asia Pacific by Gartner in its April 2019 report. It is one of the world’s top three provider and number one in APAC for the 2nd consecutive year. It is also the largest provider of public cloud services in China, according to IDC. 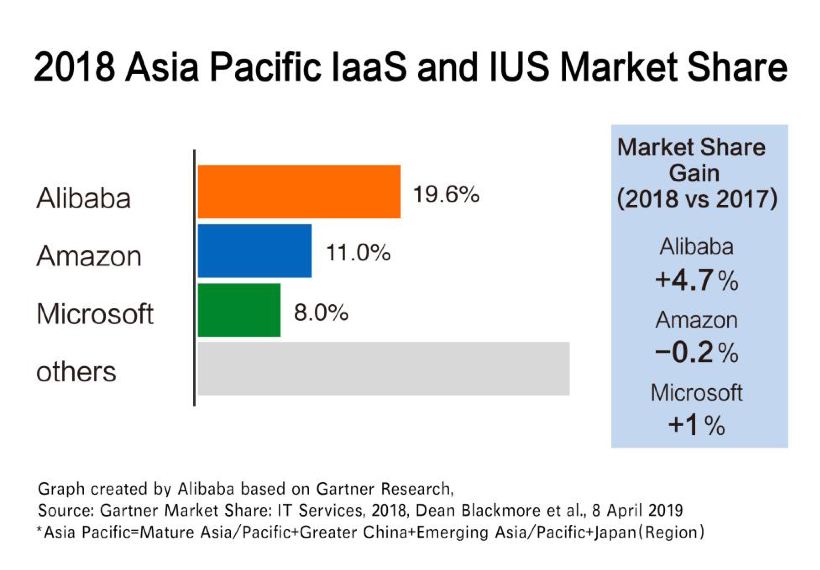 Alibaba Cloud has deployed an anti-DDOS scrubbing center in Frankfurt, Germany and in Malaysia, to protect their customers against DDOS attacks up to hundreds of gigabytes per second.

Alibaba Cloud help businesses and future makers of Asia Pacific to succeed beyond their home markets. We empowered Lazada’s 11.11 and 12.12 shopping festivals in the region, supporting over 1.3 billon webpage visits at the peak of the sales.

With a combination of the technical advantages as above with massive insfrastructure investment in potential market such as Indonesia, surely Alibaba Cloud has potential to take the crown of cloud business in Asia Pacific market. Furthermore, this strategy enables Alibaba Cloud to agressively expand its cloud business in Indonesia (which has more than 60 million SMEs) as well as in the region.

Alibaba Cloud is the only global public cloud platform with local data centers in Indonesia. Established in 2018 and early 2019 respectively, the two centers will provide high availability and strengthen disaster recovery capabilities, allowing customers to deploy mission-critical workloads in multiple availability zones and switch over within seconds.

In Indonesia, Alibaba Cloud is powered by local partners in order to establish a comprehensive ecosystem delivers relevant and responsive solutions that cater to the specific needs of Indonesian customers. Alibaba Cloud partners with local ISP, Indonet, to deploy the their cloud services. The company has blossomed into a business enabler that delivers reliable local infrastructure, data centers, and managed IT services in Indonesia. As they looked toward the future, they have integrated Alibaba Cloud services and products that gives Indonet a competitive advantage and allow their other online services to thrive. The partnership has seen success from both sides of the deal. Aside from Alibaba Cloud gaining entry into the Indonesian market, Indonet has been able to grow their market share by over 100%.

Alibaba Cloud continues to build up its local partner ecosystem and strengthen its local channel network with partners such as PT IndoInternet, PT Blue Power Technology and PT Sistech Kharisma.

Today, Alibaba Cloud has been supporting Indonesian customers in various sectors including retail, fintech and media, enabling them to thrive through digital transformation. It also supports building the cloud ecosystem in Indonesia and digital talent pool for Indonesia. Alibaba Cloud also has a mission to drive digital economy in Indonesia, as a part of its contribution on strengthening Indonesia’s digital competitiveness in the region.

Internet penetration in Indonesia is growing at rapid pace, including the mobile internet usage. This trend also expanded the number of internet users in Indonesia. With higher internet literacy, digital transformation is a natural journey, not only for the enterprises (including multinational companies, SMEs, mid-sizes enterprise, as well as e-commerce companies), but for the consumers as well. Alibaba Cloud will not miss this opportunity, and it has to has sharp strategy to secure its position in the market.

For Indonesia, Alibaba cloud is ready to boost Indonesian businesses with its latest products and features that was launched at MWC 2019, including data analytics, enterprise database, global networking, high performance storage, and serverless computing.

Alibaba Cloud also brings values to Indonesia through its Alibaba Cloud Internet Champion Global Accelerator Program which has been launched in early 2019 to empower local enterprises and talents, contributing to Indonesia's 2020 Go Digital Vision. It will certify 300 local cloud computing professionals by year end and additional 200 students and professionals to be train about technology-based businesses in Q1 2019.

Indonesia has a huge potential market for cloud computing. With its data centers placed in the country, Alibaba Cloud is leading to help local companies to quickly embracing cloud technology and address their demands to deploy consolidated, distributed data infrastructure with strong disaster recovery capability. Alibaba Cloud is going to move Indonesia to the cloud!

2612 views. This post is copyrighted — materials from other creator are explicitly mentioned. You may use any information for non-commercial purpose with credits and backlinks. For commercial purpose, please let me know first.